The Rise of the Autobots 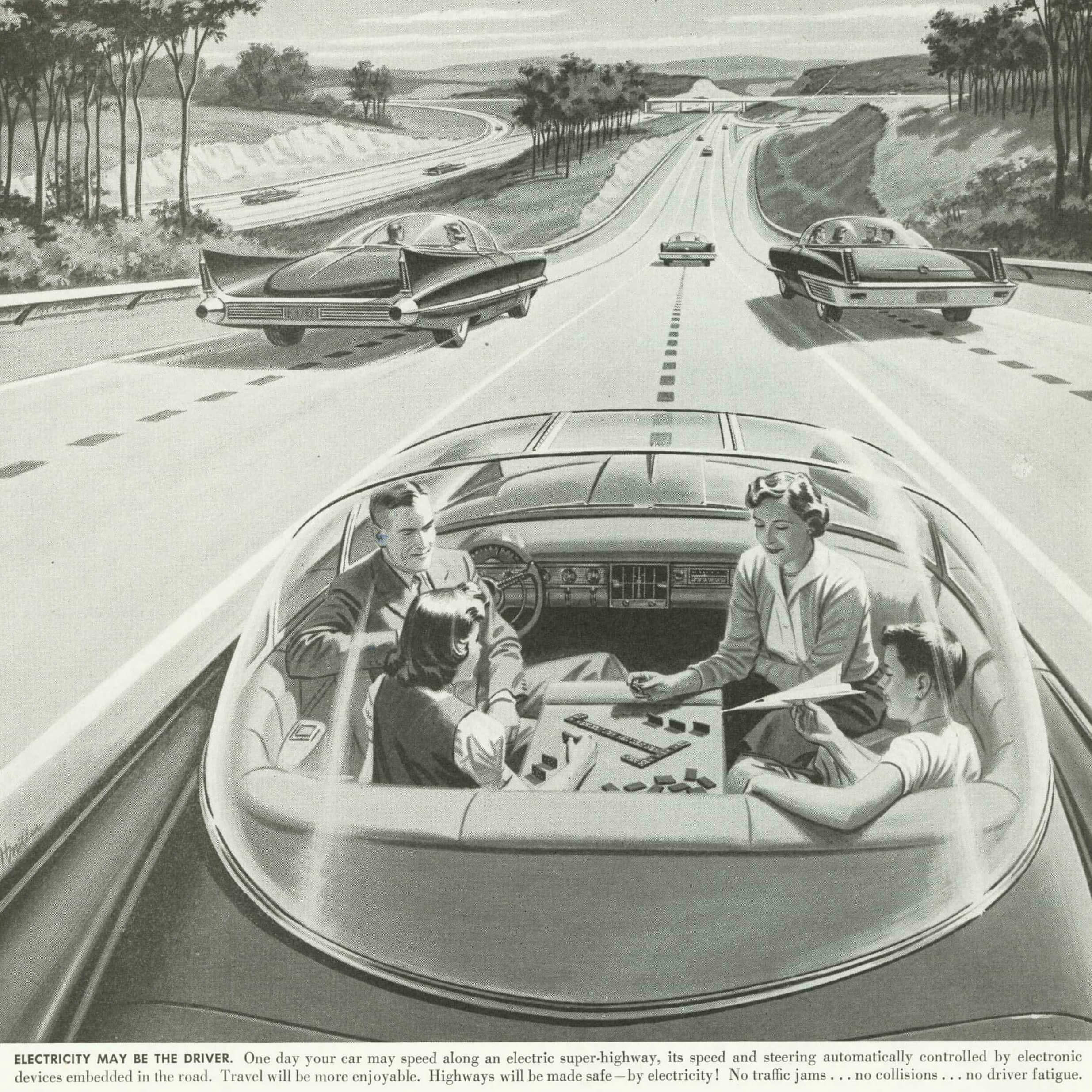 Human drivers are so twentieth century. They’re prone to errors, have terrible fuel economy and they tend to get distracted, or sometimes even fall asleep. But in an increasingly connected world, robots will help aid us in our needs for transportation.

The first digitally operated and programmable robot was invented by George Devol in 1954 and was ultimately called the Unimate [1]. The first Unimate was sold in 1960 to General Motors and used in a plant in Trenton, New Jersey to lift and stack hot pieces of metal from a die casting machine. Since then we’ve come a long way and robots

We’ve come a long way since the Unimate, and robots can handle situations of increasing complexity. Using a multitude of sensors, they keep track of every single thing that has even but a remote chance of colliding with the car, both the seen and the unseen. Objects are measured, tracked and the risks assessed continuously. The car knows exactly where it is, and increasingly, what the meaning of the things are around it. It will read signs, take turns, break for a family of ducks, read turn signals, break lights and road conditions. It monitors tire pressure, engine temperature, battery levels, locations of charging stations, weather forecasts, all while playing you the latest movie, massaging your back and receiving messages from your family and friends.

Outsourcing simple tasks to robots allows you to spend your time focusing on other things. If you spend half an hour driving to work every day, that adds up to well over a year that you spend commuting over the course of your career. When your commute becomes part of your productive work day, you will be getting back the time you would have otherwise spent transporting yourself. A traffic jam doesn’t have to be a waste of your time anymore.

According to the U.S. Department of Transportation, about 33,000 [2] people die in traffic crashes every year. Human driver error is responsible for 94% [3] of those crashes. After autonomously driving over a million miles, Google’s fleet of autonomous cars have been in 11 crashes. According to Chris Urmson [4], the director of Google’s self-driving car program, their self-driving cars were not at fault in any of the crashes. Google hasn’t released any DMV reports from the crashes as of yet.

Vehicles from Mercedes-Benz already come equipped with radar-based collision detection as a standard. Autonomous breaking in case of an impending collision is becoming available for all models, and many current higher end models can already park themselves and drive semi-autonomously on public roads today [5].

Aside from saving money on fuel, it will also be cheaper to insure a car that gets into traffic accidents less often. The driver will be injured less often, resulting in lower medical costs, and cheaper health insurance.

In February 2014, federal agencies approved vehicle-to-vehicle (V2V) communications systems [8] that allow cars to talk to each other. Traffic accidents can be even further reduced by improving the vehicle’s awareness of the positions and movements of other nearby vehicles, and take measures to prevent collisions.

Giving Up The Wheel

It will take time to get to vehicles where all we have to do is tell it where to go, and trust that it will take us there safely. As we trust our cars to make more decisions for us, their complexity under the hood increases.

The NHTSA has defined [9] a range of levels of autonomy, ranging from full manual control to full autonomy.

They Are Already Here

Level 4 Autonomy is already among us. At Heathrow Airport, autonomous cars built by Ultra Global PRT ferry people back and forth between Heathrow’s Terminal 5 and the Business Car Park. The system already meets Kyoto Protocol 2050 projections, delivering a 50% reduction in per-passenger carbon emissions compared with diesel-powered buses and 70% compared with cars.

In the summer of 2015, Tesla is introducing Autopilot [11]. It’s a software update that automates some of the actions traditionally performed by human drivers.

Model S will be able to steer to stay within a lane, change lanes with the simple tap of a turn signal, and manage speed by reading road signs and using active, traffic aware cruise control. It will take several months for all Autopilot features to be completed and uploaded to the cars.

Daimler already implements [12] partial autonomous systems in their vehicles, and the technology is improving rapidly. The Freightliner Inspiration Truck has been licensed by the state of Nevada to drive autonomously on highways in the United States today. It operates at Autonomy Level 3, which means that it can drive autonomously on high quality highways with clear demarcations and drive in formation, but a human driver still needs to be present in case the system needs help.

Rolls-Royce’s development team Blue Ocean is working on a project aiming to make intercontinental cargo shipping autonomous [13]. This would allow ships to be redesigned without the need for human-related infrastructure such as heating, air conditioning, lifeboats, crew quarters, water purification, sewage systems, handle rails, walkways and the bridge. It would weigh 5 percent less and use up to 15 percent less fuel. It would also make it a far less attractive target to pirates, unable to take hostages or steer the ship, which can be controlled remotely.

Since the 2000s, 63% of fatal accidents in civilian air travel are due to human error [14]. In 1987, the Airbus A320 was the first aircraft to fly with digital fly-by-wire controls. This system controls the aircraft electronically, instead of mechanically. In April 2013, BAE Systems flew a converted Jetstream aircraft on a 500 mile trip from Warton, Lancashire to Inverness, Scotland without a human pilot controlling the aircraft [15].

Autonomy in transportation of goods and people will decrease costs and improve comfort, safety and fuel economy. As software increases in complexity, autonomy marches on into unchartered waters. It gives rise to new business models and redefine how we think about both medium and long range travel and transportation of goods. And it all starts with a lane change.